No926 My The Hitmans Bodyguard minimal movie poster 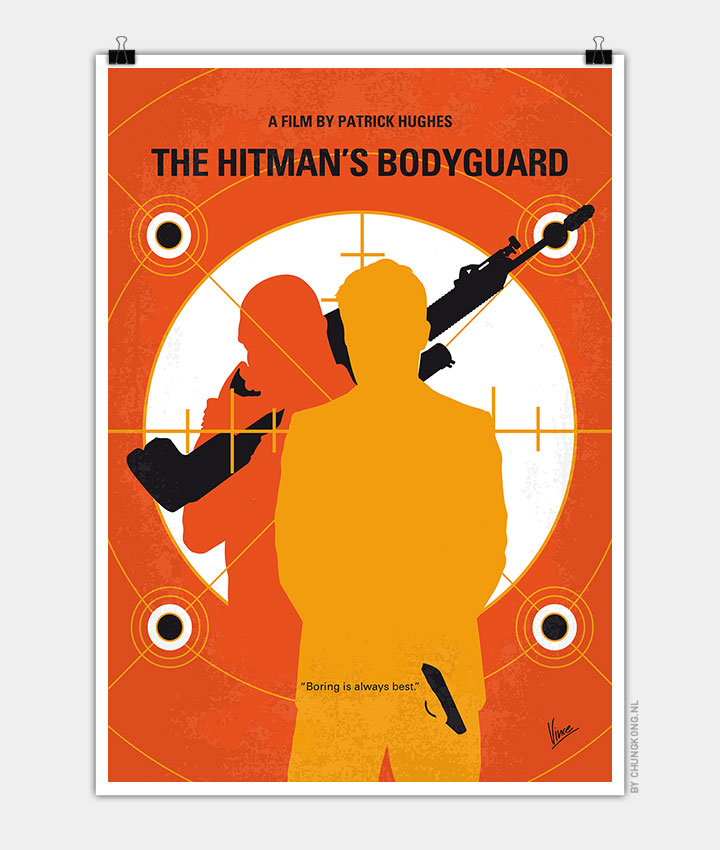 The world’s top bodyguard gets a new client, a hit man who must testify at the International Criminal Court. They must put their differences aside and work together to make it to the trial on time.

Storyline
With his reputation in tatters after a painfully unsuccessful delivery of a distinguished Japanese client, former triple-A executive protection agent, Michael Bryce, two long years after the disgraceful incident, is now reduced to a mere second-class bodyguard for hire. Under those circumstances, Bryce would do anything to prove his worth once again, and as a result, it won’t be long before he accepts an offer from Interpol to escort the renowned international assassin Darius Kincaid from Manchester to the Hague. The task seems simple: Bryce only needs to transport the contract killer from point A to point B, nevertheless, Kincaid, as the only one with the guts and enough hard evidence to testify against a tyrannical Belarusian dictator, is an obvious target, while the trip to the Netherlands is long and hazardous. Without a doubt, this is a race against the clock as the mismatched duo will have to put aside their grudges, in a non-stop concerto for bullets.