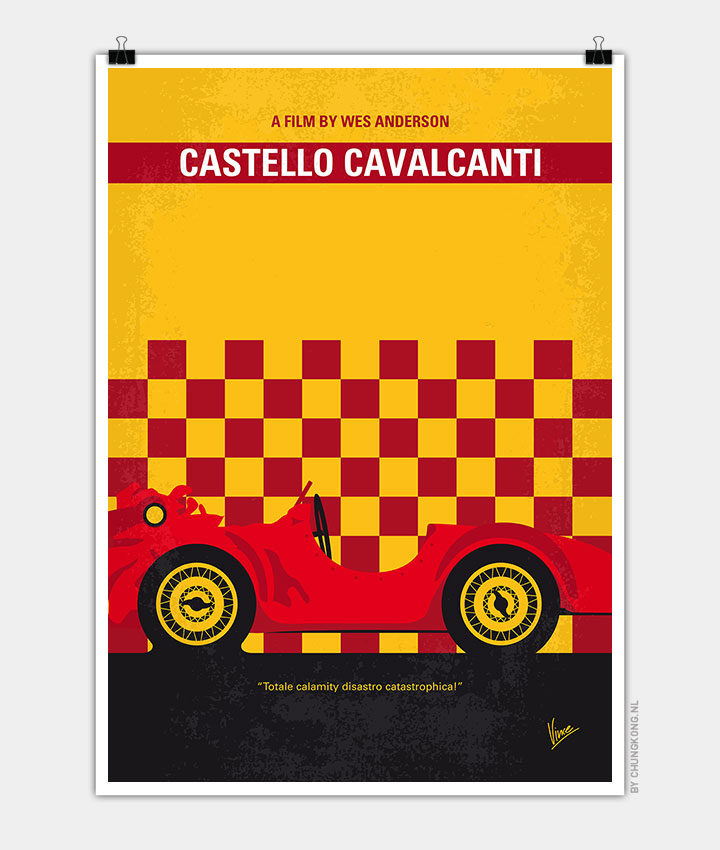 Italy, September 1955. A Formula One driver crashes his car during a race, leaving him stuck in a small village but good surprises will come his way.

Storyline
In a small Italian village, there are people seated outside a caffe. People are chatting, drinking, and playing cards and you see a boy with a small Formula One toy car. A car horn can be heard from a distance and the villagers produce small flags as if expecting the race to come by. Through an archway, a motorcycle leads a groups of race cars and there is indiscernible shouting from the drivers. Cars drive by while a man takes pictures and the villagers cheer, waving their flags. Then we hear Jed Cavalcanti (Jason Swartzman) coming up behind shouting, “Goddammit!” and the car crashes offscreen. The caption tells the viewer that the setting is Italy, September 1955.

We see Jed sitting in a burning Formula One car and he quickly gets out and runs into the caffe to get water. Some men help Jed to put out the fire. Jed is cursing and blaming the crash on the car. Jed is speaking English with an American accent to the villagers who are all speaking Italian. Frustrated, Jed sits with the men playing cards and asks when the next bus is. He is still complaining about the construction of the car. When he finds out the name of the town, Castello Cavalcanti, Jed realizes that his family originated from this town and greets the villagers as family. One of the villagers is Jed’s great great grand uncle, and Jed kisses him. Jed goes into the caffe to take a phone call from his significant other (wife or girlfriend, we don’t know). He tells her that he crashed and tells her where he is. He complains more about the car, blaming it for the crash. The bus arrives and when Jed asks how much for the drink, the hostess tells him it’s on the house. When Jed insists, the hostess and voices in the background tell him it’s on the house. Jed decides to wait for the next bus and orders a plate of spaghetti.