No929 My Ready Player One minimal movie poster 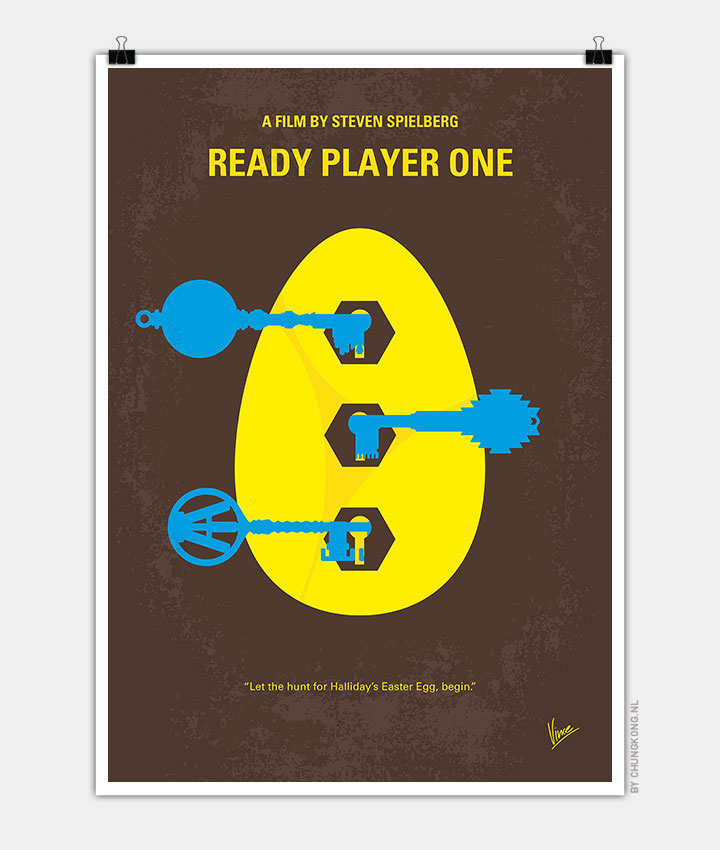 When the creator of a virtual reality world called the OASIS dies, he releases a video in which he challenges all OASIS users to find his Easter Egg, which will give the finder his fortune.

Storyline
In the year 2045, on his death bed James Halliday, the creator of a wildly popular virtual reality utopia known as the OASIS, begins a hunt for his fortune and ownership of the whole VRMMO world with puzzles and riddles based on Halliday’s obsession with pop culture of decades past. After years of searching for Haliday’s “Easter Egg,” one average teenager named Wade Watts solves the first clue, he sparks excitement and hope back to the hunt, and throwing him into a world of people willing to kill for the information he has, changing his life forever.