No930 My ST The Future Begins minimal movie poster 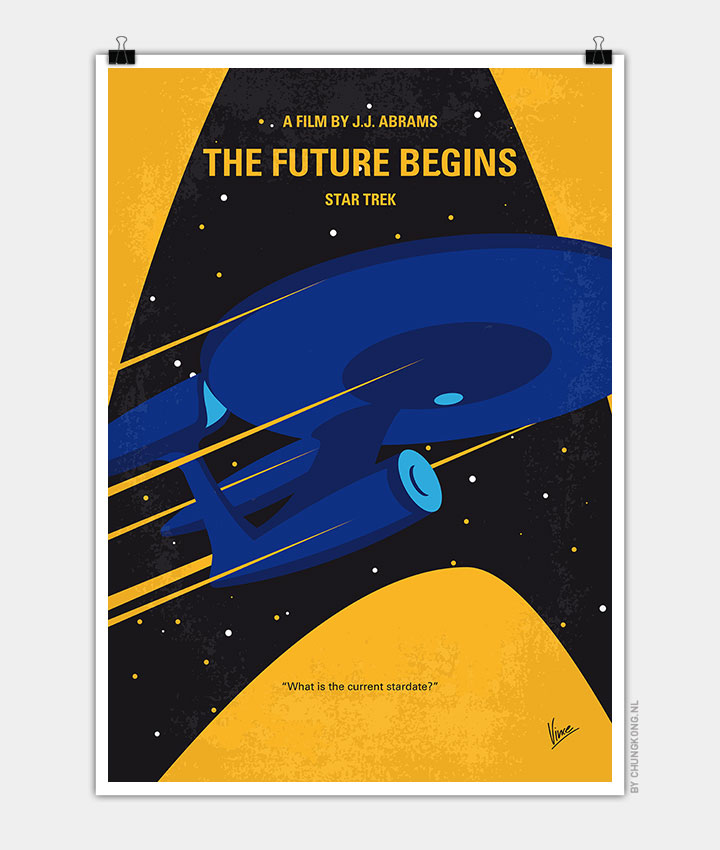 The brash James T. Kirk tries to live up to his father’s legacy with Mr. Spock keeping him in check as a vengeful Romulan from the future creates black holes to destroy the Federation one planet at a time.

Storyline
When a Romulan mining vessel attacks the USS Kelvin, Lt. George Kirk substitutes his captain, who goes to meet the Romulan captain on his vessel to negotiate a ceasefire. He orders the evacuation of the damaged starship, including his wife who goes into labor giving birth to their son James Kirk, and crashes the Kelvin against the vessel. Aboard the USS Enterprise, the most sophisticated starship ever constructed, a novice crew embarks on its maiden voyage. Their path takes them on a collision course with Nero, the Romulan captain from the future whose mission of vengeance threatens the Federation. Once humanity would survive, rebellious young officer James T. Kirk and coolly logical Vulcan officer Spock must move beyond their rivalry and find a way to stop Nero before he destroys Earth.