No931 My ST Into Darkness minimal movie poster 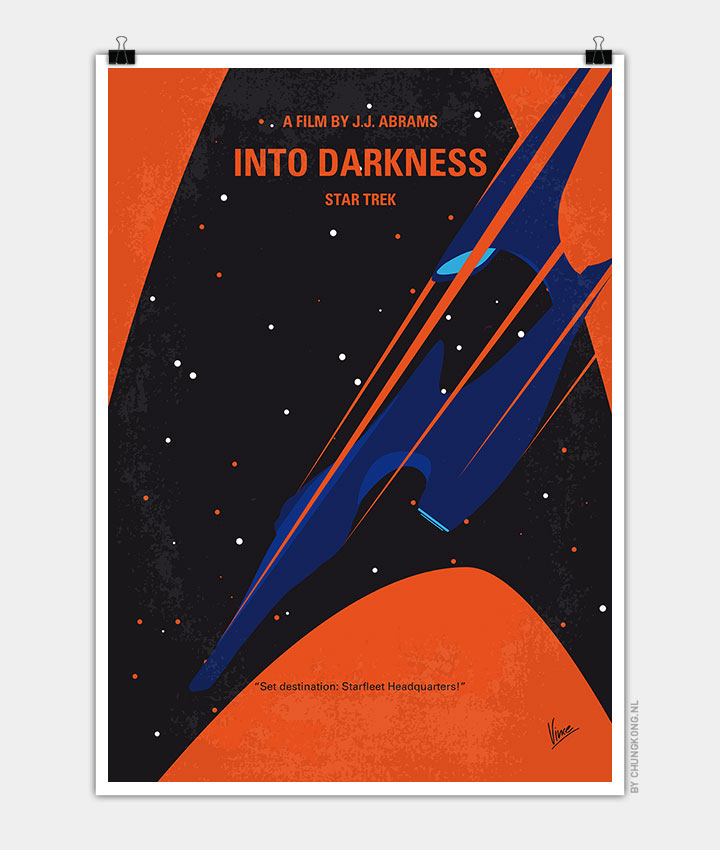 After the crew of the Enterprise find an unstoppable force of terror from within their own organization, Captain Kirk leads a manhunt to a war-zone world to capture a one-man weapon of mass destruction.

Storyline
The latest mission of the USS Enterprise crew takes them into deep space to rescue an endangered species from an active volcano. However, once again Captain Kirk’s reckless behavior compromises the mission and nearly gets him booted from Starfleet. Turning back to his mentor Admiral Pike, Kirk is demoted to an academy cadet and has to start over.

However, when a ruthless warlord attacks Starfleet and shoots Admiral Pike in the process, Kirk takes command and takes the Enterprise deep into the neutral zone and the Klingon homeworld. Unknown to the crew, a Starfleet renegade is manipulating the Federation and the Klingons into a possible war. Kirk, Spock and the rest of the crew must stop the war before all hell breaks loose. And what awaits the crew of the USS Enterprise on their forthcoming five-year mission?