No932 My ST Beyond minimal movie poster 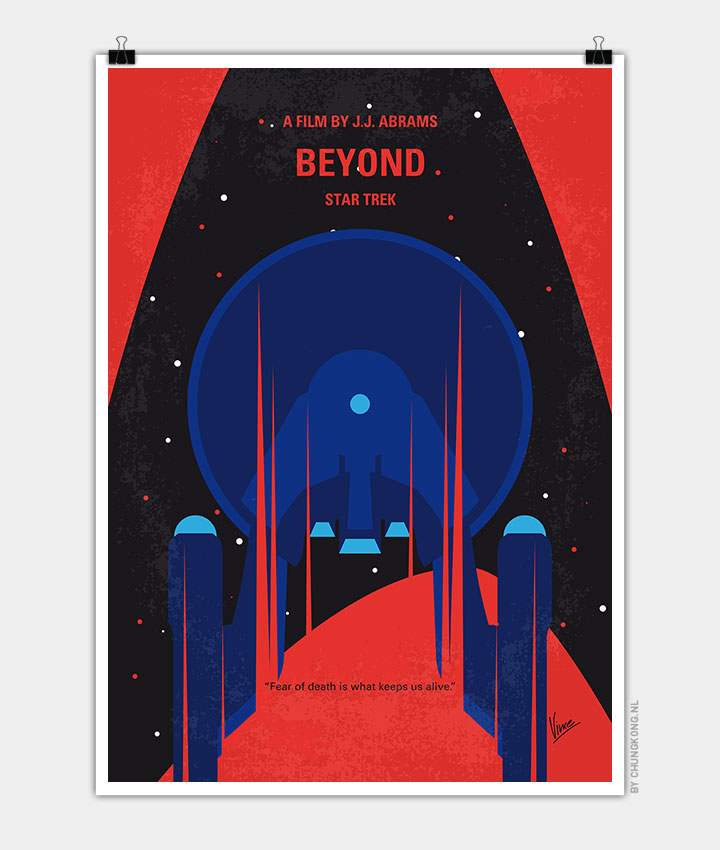 The USS Enterprise crew explore the furthest reaches of uncharted space, where they encounter a new ruthless enemy, who puts them, and everything the Federation stands for, to the test.

Storyline
Getting through the first half of their five-year mission, Captain Kirk and the USS Enterprise crew now venture into uncharted territories. They arrive at Starbase Yorktown for shore leave, Kirk intends to be promoted to Vice Admiral to remain there and has recommended Spock for his present position as ship’s captain. After a devastating attack by a massive army of unknown aliens, Kirk and his crew find themselves stranded on an unknown planet with no means of contacting the Federation or each other. The alien warlord Krall seeks an ancient weapon called the Abronath that Kirk has kept after an unsuccessful diplomatic mission. Reunited and aided by the alien warrior Jaylah, Kirk and crew must fight to survive and take on this deadly menace with a strong hatred for the Federation. Will they be able to destroy the new danger before it’s too late?