No935 My Night of the Living Dead minimal movie poster 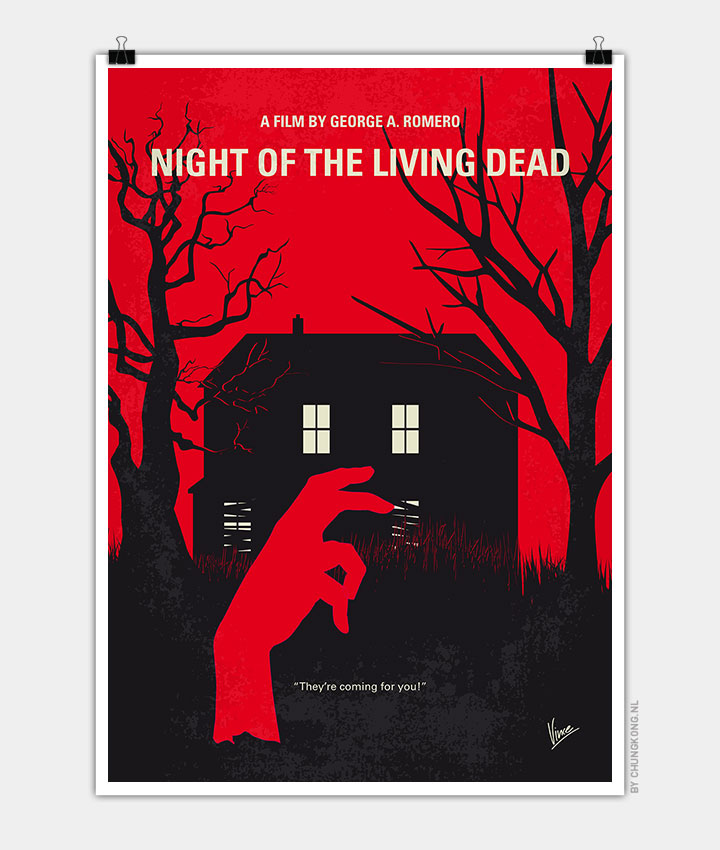 There is panic throughout the nation as the dead suddenly come back to life. The film follows a group of characters who barricade themselves in an old farmhouse in an attempt to remain safe from these bloodthirsty, flesh-eating monsters.

Storyline
Barbra and Johnny visit their father’s grave in a remote cemetery when they are suddenly set upon by zombies. Barbra manages to get away and takes refuge in what seems to be an abandoned farm house. She is soon joined by Ben who stopped at the house in need of gas. Beset by the walking dead all around them Ben does his best to secure the doors and windows. The news reports are grim however with creatures returning to life everywhere. Barbra and Ben are surprised when they realize there are 5 people hiding out in the basement: Harry, Helen and Judy Cooper; and a young couple, Tom and Judy. Dissensions sets in almost immediately with Harry Cooper wanting to be in charge. As their situation deteriorates, their chances of surviving the night lessen minute by minute.