No936 My The Double minimal movie poster 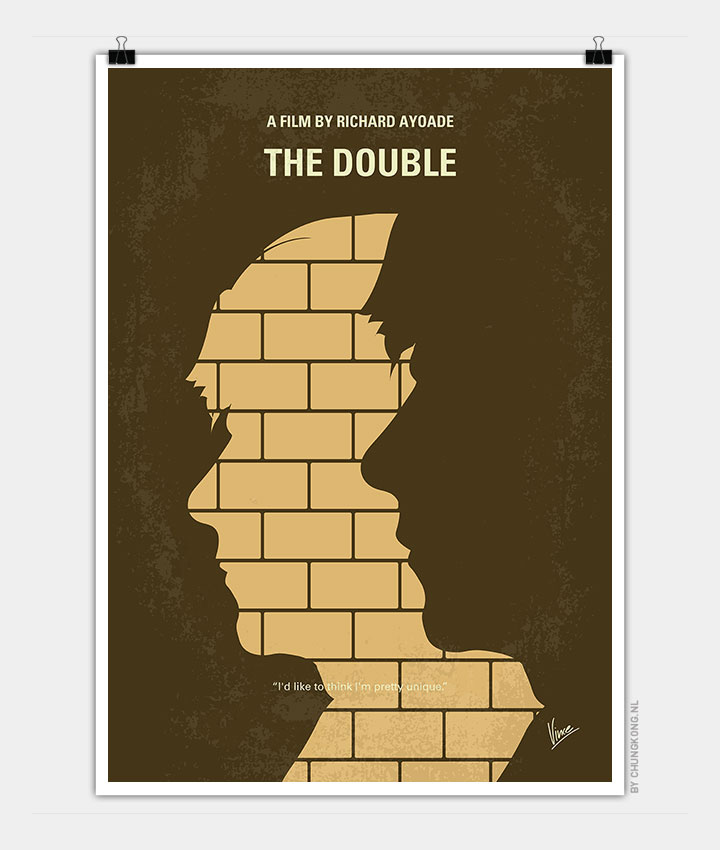 A clerk in a government agency finds his unenviable life takes a turn for the horrific with the arrival of a new co-worker who is both his exact physical double and his opposite – confident, charismatic and seductive with women.

Storyline
Every day for the past seven years, Simon commutes to his cubicle desk job, spoon-feeds his ill mother at a nursing home, and retires to his shabby one room apartment, accompanied only by the glowing TV.

The only time he isn’t going unnoticed is when he has his ideas rejected by his supervisor or is mistaken for an intruder at his own place of work. Simon suspects that his neighbor and coworker, Hannah, just might be as lonely as he is.

Following the pattern of his aching misfortune, however, Hannah becomes all the more elusive as a new coworker by the alias James Simon swoops in to claim all that Simon has ever yearned for. James, identical in appearance to Simon, takes on the role of both villain and introspective device for Simon who watches with agony as James lives out the life he has always wanted.