No939 My The lobster minimal movie poster 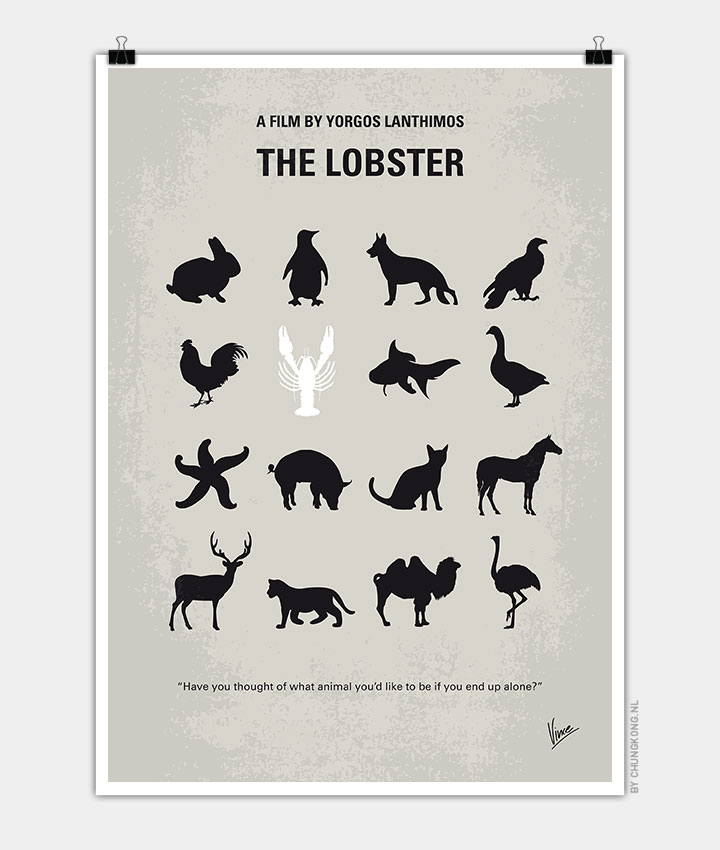 In a dystopian near future, single people, according to the laws of The City, are taken to The Hotel, where they are obliged to find a romantic partner in forty-five days or are transformed into beasts and sent off into The Woods.

Storyline
In a dystopian society, David, whose wife has just left him, is sent to the hotel for singles in the country. The strict hotel rules are meant, in a clinical fashion, to foster love, as everyone in this society, straight or gay, is to be paired up romantically. There are harsh punishments for anyone breaking the rules. And like the others, if David does not find love at the hotel within forty-five days, he will be surgically transformed into the animal of his own choice – David’s being a lobster – this transformation not meant to be a punishment but rather another opportunity to find love as another species. Bob, the dog that David brings to the hotel, was in fact David’s brother in his human life.

David will discover that his search for love is dependent on the other people at the hotel, each who has his or her own agenda in what to do if true love cannot be found within their time limit. Unaware of it upon his arrival at the hotel, David will also learn that there are a bunch of anarchists who live in the woods, many of those being escapees from the hotel. The anarchists do not tolerate coupling in any form within their group, except as a ruse whenever they need to assimilate themselves into city life. But as one cannot automatically turn on the emotional taps to find true love at the hotel, one cannot automatically turn those taps off if being among the anarchists.