No941 My Last Tango in Paris minimal movie poster 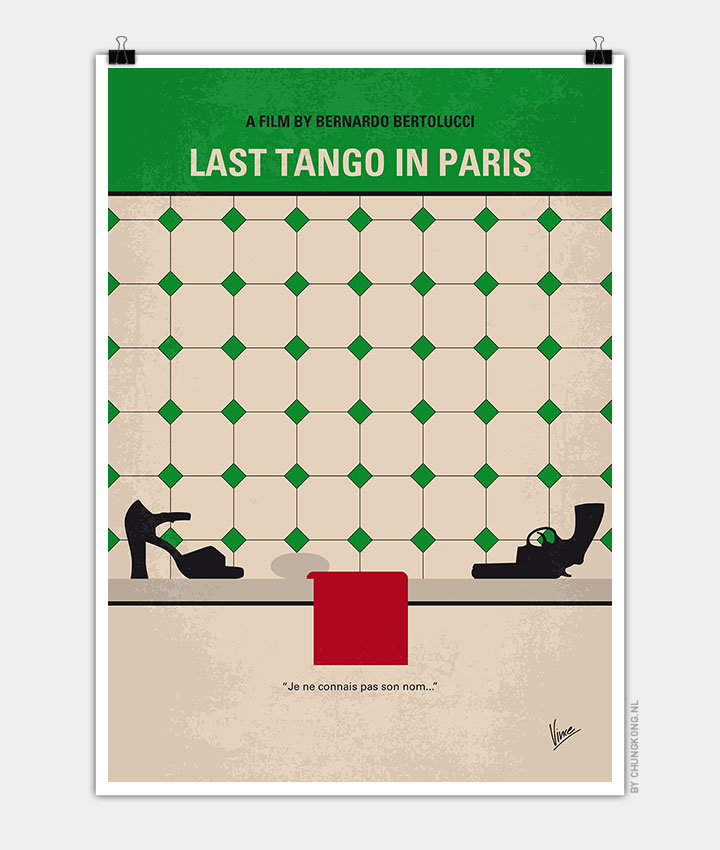 A young Parisian woman meets a middle-aged American businessman who demands their clandestine relationship be based only on sex.

Storyline
Crazed with grief after his wife commits suicide, Paul, an American expatriate, roams the streets of Paris until, while apartment hunting, he faces Jeanne, an unknown girl across an empty room. Brutally, without a word, he rapes the soon-compliant stranger. It should have been hit-and-run sex, but Paul stays at the scene of the erotic accident. While arranging his wife’s funeral, Paul leases the apartment where he is to meet the puzzled girl for a series of frenzied afternoons. “No names here,” he roughly tells her, setting up the rules of the game. They are to shut out the world outside, forfeit their pasts and their identities. Paul degrades Jeanne in every possible way, leveling all her inhibitions into sheer brutality. Paul is soon dissatisfied with mere possession of her body; he must also have her mind. When she rejects his mad love to enter a comfortable marriage with her dull fiancé, Paul finally confesses: “I love you, you dummy.”