No945 My Valley of the Dolls minimal movie poster 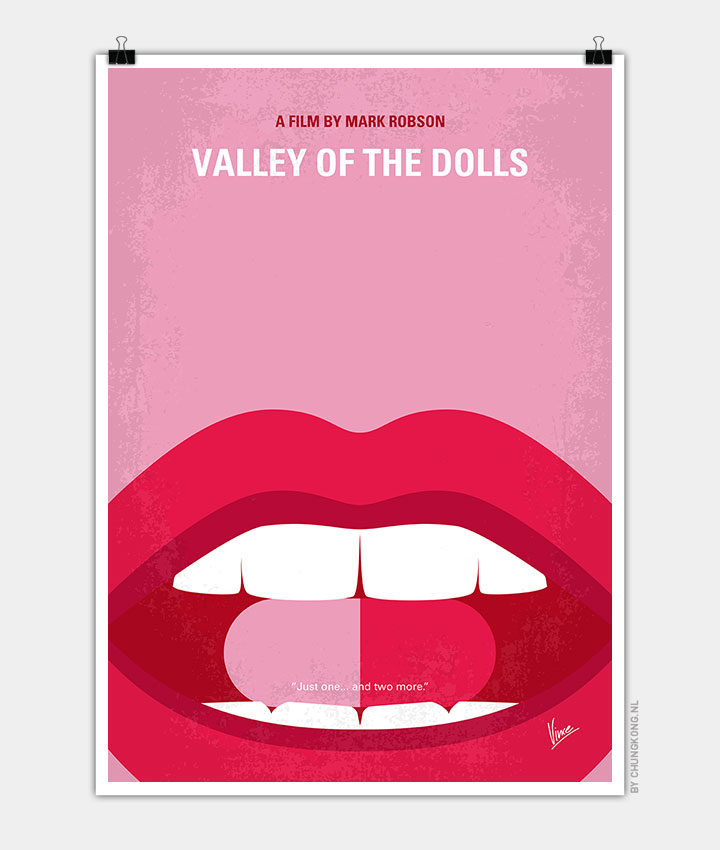 Storyline
Anne Welles, a bright, brash young New England college grad leaves her Peyton Place-ish small town and heads for Broadway, where she hopes to find an exciting job and sophisticated men. During her misadventures in Manhattan and, later, Hollywood, she shares experiences with two other young hopefuls: Jennifer North, a statuesque, Monroe-ish actress who wants to be accepted as a human being, but is regarded as a sex object by all the men she meets, and Neely O’Hara, a talented young actress who’s accused of using devious means by a great older star (Helen Lawson) to reach the top, pulling an “All About Eve”-type deception in order to steal a good role away from her.