No947 My Sunshine minimal movie poster 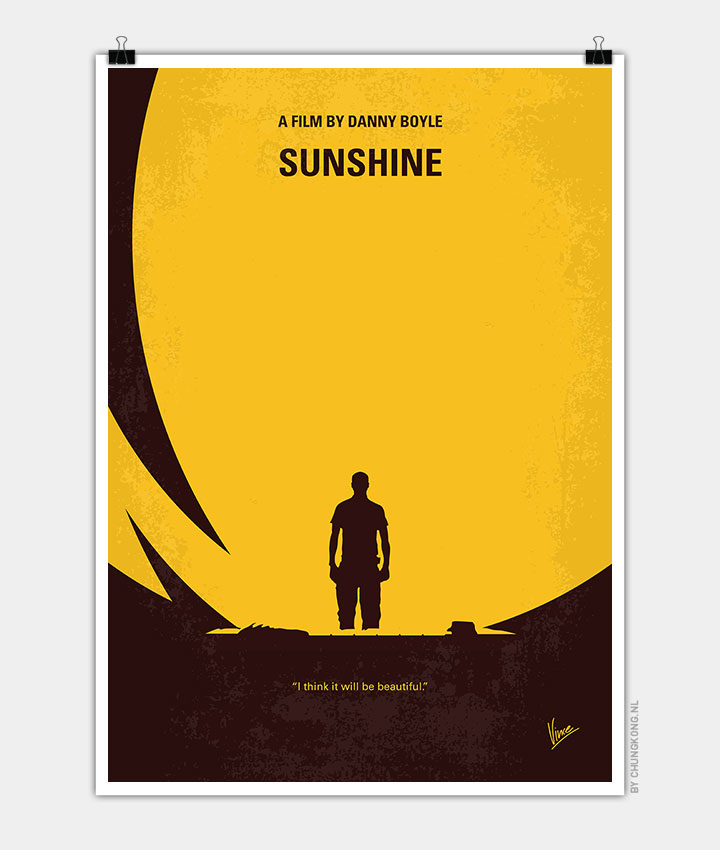 A team of international astronauts are sent on a dangerous mission to reignite the dying Sun with a nuclear fission bomb in 2057.

Storyline
The sun is dying, which means that life on Earth will eventually die along with it. In 2050, Icarus is the name given to a human space mission to approach the sun in order to bomb it to reignite it. Icarus disappeared without a trace, unable to complete the mission. It’s now 2057, and Icarus II, with an eight person crew, each crew member with a specific role, is making one last attempt to resurrect the sun.

As Icarus II reaches the far side of Mercury, the crew members discover a distress signal from Icarus I. After a debate on the pros and cons of doing so still with the primary goal of completing their mission first and foremost among the team as a collective, the crew aboard Icarus II decide to approach Icarus I both in a hope to find survivors aboard and to use their payload as extra insurance in completing their mission. However, making this change in course has inherent risks in and of itself, those risks which the naysayers used in their argument, some with the ulterior motive of self-preservation. This change does have unintended consequences which leads to the team needing to make further decisions which could sacrifice certain crew members. But what they may also discover is the reason that Icarus I failed in its mission, which could mean life and death for them and as such life and death for those on Earth.