No948 My The Cable Guy minimal movie poster 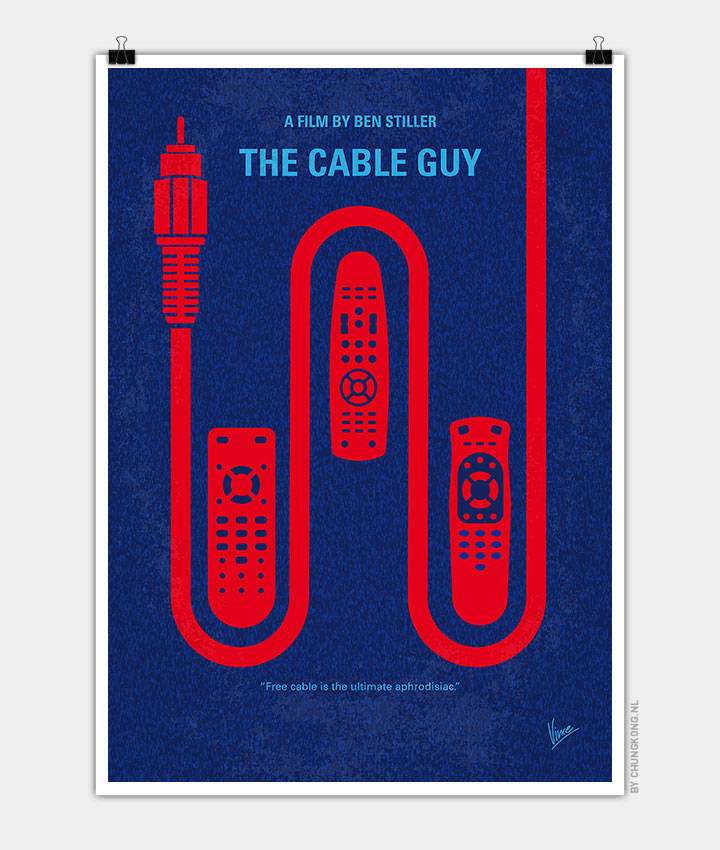 A lonely and disturbed cable guy raised on television just wants a new friend, but his target, a designer, rejects him, with bad consequences.

Storyline
Steven Kovacs has moved into his own apartment after a failed marriage proposal to his girlfriend results in the duo deciding to spend some time away from each other. Steven’s new cable guy, who refers to himself as “Chip Douglas,” arranges a deal with Steven to give him free cable. Chip sees this as an opportunity to start a friendship with Steven. Despite some roadbumps, the duo hit it off. But after Chip reveals himself to be a nuisance, Steven cuts his ties with him. Vowing revenge, Chip goes all out to get back at Steven in any way possible. How far will Chip go in his bid for retribution, and how much torment can Steven take?