No949 My Dances with Wolves minimal movie poster 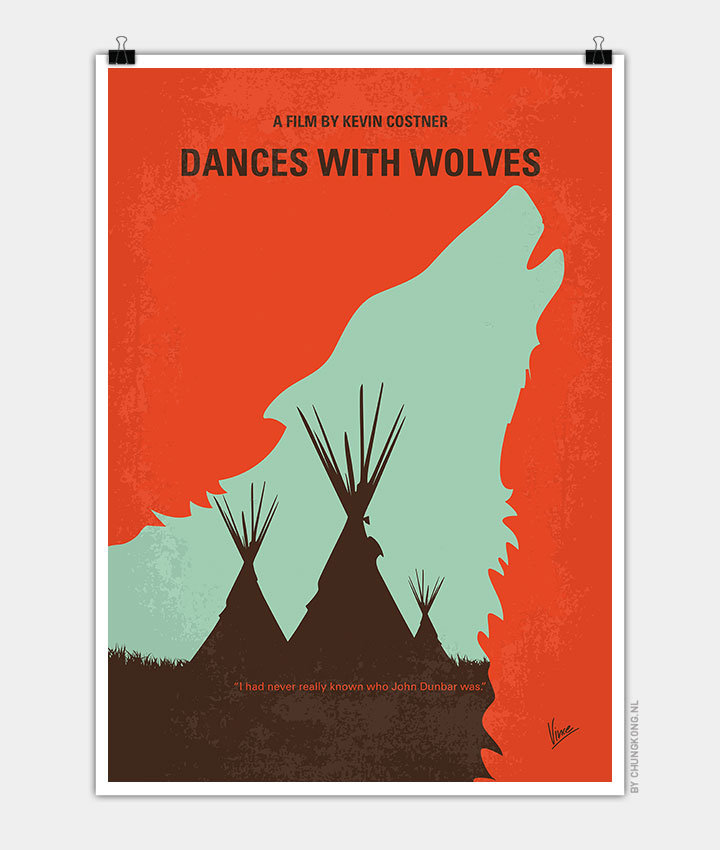 Lieutenant John Dunbar, assigned to a remote western Civil War outpost, befriends wolves and Indians, making him an intolerable aberration in the military.

Storyline
Having been sent to a remote outpost in the wilderness of the Dakota territory during the American Civil War, Lieutenant John Dunbar encounters, and is eventually accepted into, the local Sioux tribe. He is known as “Dances with Wolves” to them and as time passes he becomes enamoured by the beautiful “Stands With a Fist”. Not soon after, the frontier becomes the frontier no more, and as the army advances on the plains, John must make a decision that will not only affect him, but also the lives of the natives he now calls his people.