No954 My The Place Beyond the Pines minimal movie poster 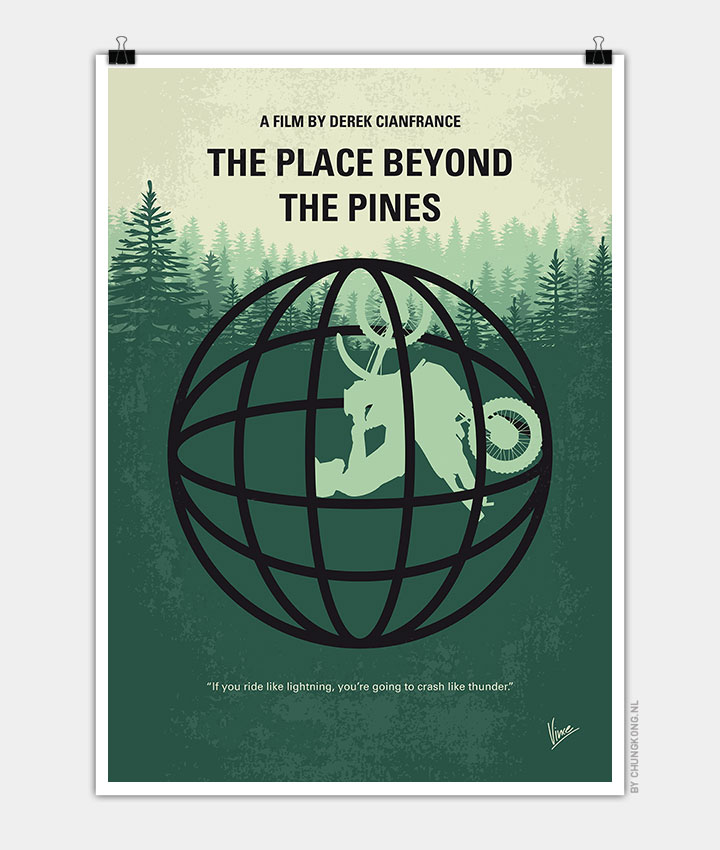 A motorcycle stunt rider turns to robbing banks as a way to provide for his lover and their newborn child, a decision that puts him on a collision course with an ambitious rookie cop navigating a department ruled by a corrupt detective.

Storyline
The concurrent lives of the families of Luke Glanton and Avery Cross in Schenectady, New York are presented. Luke is a motorcycle stuntman working the state fair circuit. He reconnects with Romina, with who he had a casual affair, and learns that he is the father of her infant child, Jason. Despite Romina not asking Luke for anything, especially as she is now living with another man, Luke begins to focus his life on providing for Jason at whatever cost. Family man Avery – married to Jennifer, they who have an infant son, AJ – is a rookie police officer, following in the footsteps of his father. Avery felt he could do more good in law and order as a cop than a lawyer, as he has a law school education. Luke and Avery’s one and only encounter sets off a series of events which profoundly effect both their lives, both personal and professional, and the lives of their respective families, especially their offspring.