No955 My The Bonfire of the Vanities minimal movie poster 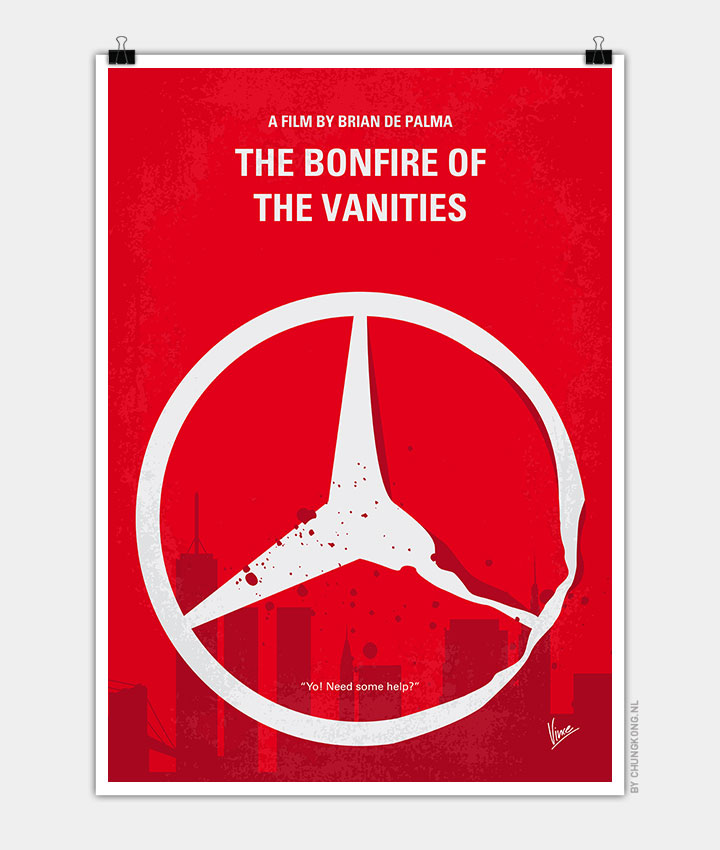 After his mistress runs over a young teen, a Wall Street hotshot sees his life unravel in the spotlight and attracting the interest of a down and out reporter.

Storyline
It’s election time in New York and among the ones running for Mayor is the District Attorney who is Jewish and in order to get the minorities to vote for him, he tries to arrest and convict a white man. So far he hasn’t be able to find one. When a young black man is struck by a car and when an outspoken Reverend fans the flames, an ambitious A.D.A. tries to find the one responsible. And ambitious and ethically challenged reporter, Peter Fallow tries to find out also.

Eventually they learn that the car that struck the boy belongs to Sherman McCoy a (white) financier. At the time of the accident McCoy was with a woman who is not his wife who is also married. She refuses to let McCoy come forward. Eventually the D.A. decides to prosecute McCoy. Fallow eventually learns something that could affect the case. And he gives it to McCoy but unfortunately McCoy can’t use it. Si they try to find a way to use it.