No958 My The Great Escape minimal movie poster 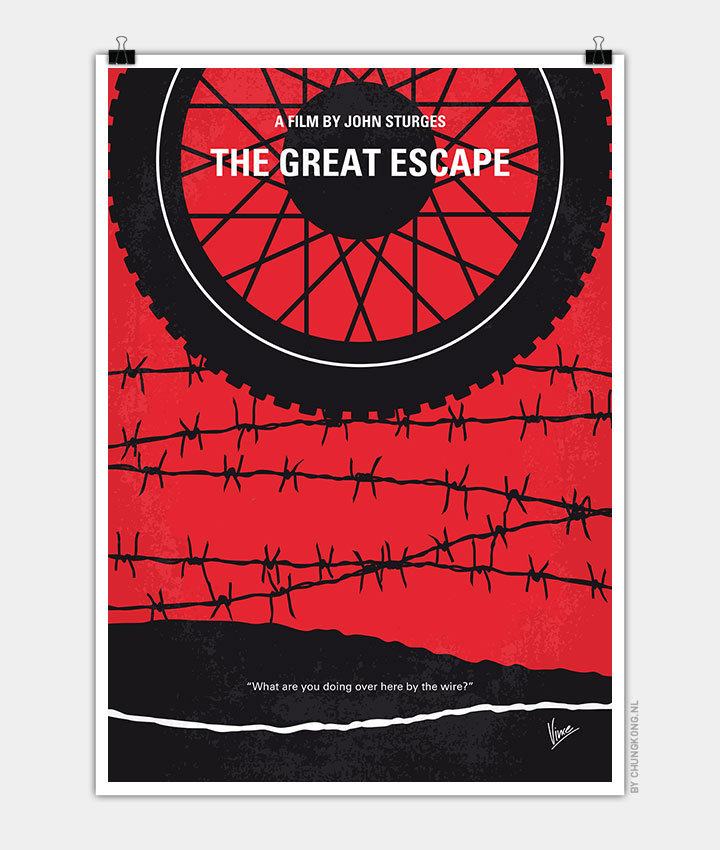 Allied prisoners of war plan for several hundred of their number to escape from a German camp during World War II.

Storyline
In 1942, the Germans have built what they consider an escape-proof POW camp where they plan to house all the problem POWs, i.e. those that have made multiple escape attempts in the past. What the Germans don’t realize is that they’ve put all the best escape minds in one location. If they can’t escape, these POWs believe it is their military duty to make the enemy place as much effort into their confinement as possible to divert them from other war related pursuits. Royal Air Force Squadron Leader Bartlett plans not just a one or two man escape at a time like most escape attempts in the past have been, but a massive escape of two hundred fifty men through a series of tunnels – if one tunnel is found, they can focus on the others. Each escapee will be provided with a complete set of forged documents and standard clothing. With their reputations preceding them, each POW is assigned a specific task in carrying out the plan. Somewhat outside of the plot are Captain Hilts and Flying Officer Ives – who spent their first thirty days in camp in the cooler together – they who are unofficially assigned as the decoys who will make more rudimentary escape attempts. They ask Hilts to make a more serious task of reconnaissance of the local town if he ever does successfully escape, which of course means his recapture to bring the information back into camp and more time in the cooler. Beyond basic logistical problems and the Germans finding out what’s going on, they have potential problems in certain POWs who may become liabilities dealing with their own personal issues.