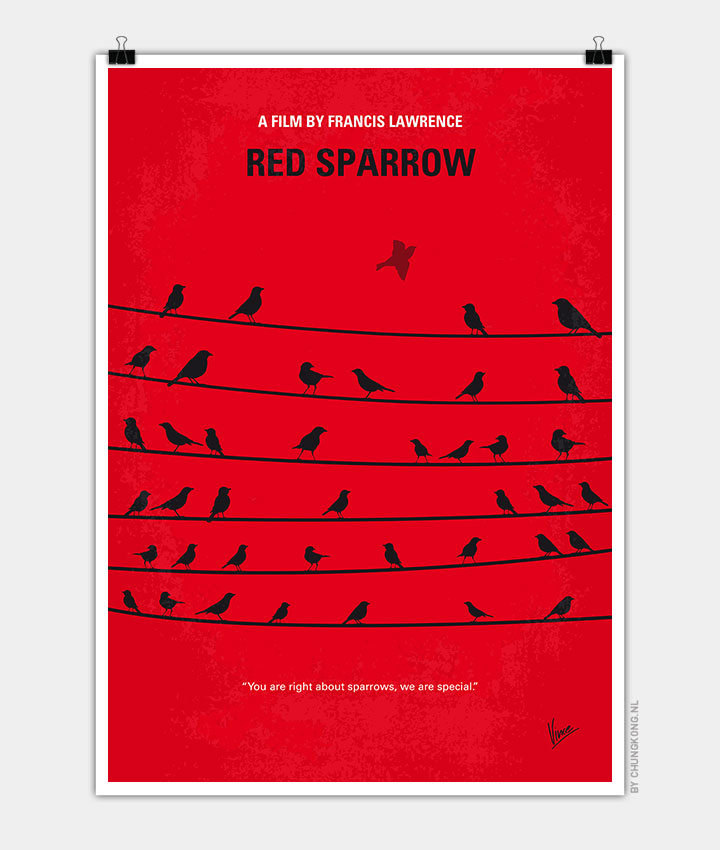 Ballerina Dominika Egorova is recruited to ‘Sparrow School,’ a Russian intelligence service where she is forced to use her body as a weapon. Her first mission, targeting a C.I.A. agent, threatens to unravel the security of both nations.

Storyline
Dominika Egorova, a famous Russian prima ballerina for the renowned Bolshoi Ballet, sees her brilliant career end abruptly–and as a result–she is faced with a difficult decision when her shady uncle, Vanya Egorov, sends her to serve the State. Now, as a secret agent or, a Sparrow, Dominika after intensive training to learn how to use her body as a weapon to sexually manipulate prestigious targets, is recruited to make contact with CIA Agent, Nate Nash, to reveal the identity of his unknown Russian informant. But, can the seductive operative make it out alive in a world filled with secrets and extreme danger