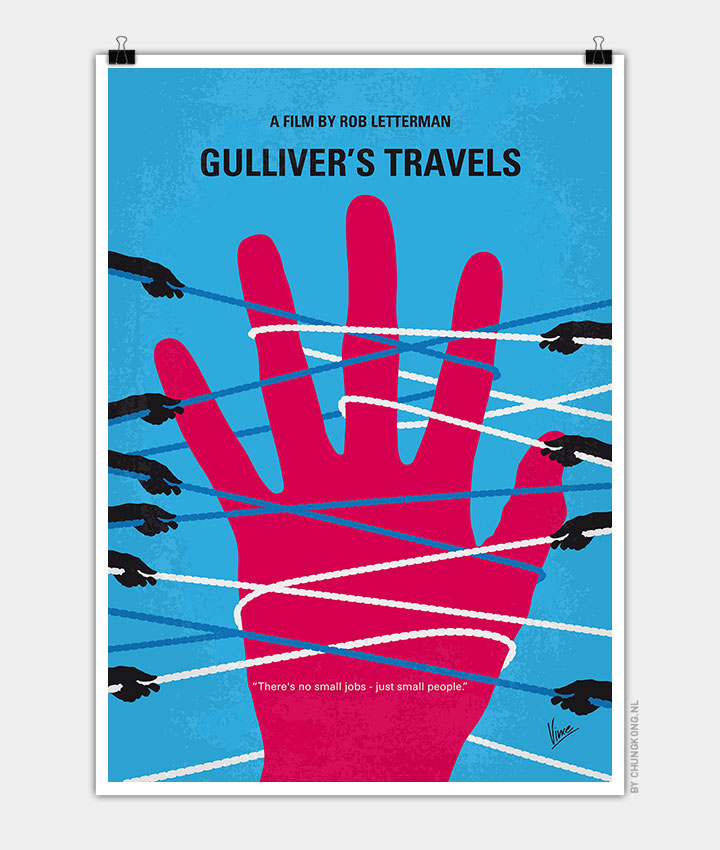 Travel writer Lemuel Gulliver takes an assignment in Bermuda, but ends up on the island of Lilliput, where he towers over its tiny citizens.

Storyline
Lemuel Gulliver has been working in the mail room of a New York daily newspaper for the past ten years. Afraid to put himself out there, he considers himself a loser, as do all his peers. One day, after having finally had enough, he decides to declare his flame to the beautiful Darcy Silverman, the newspaper’s travel editor and one of Gulliver’s only friends…only to chicken out at the last minute and instead tell her that he’d like to try his hand at writing a column. Darcy accepts and sends him on an assignment to the Bermuda Triangle. There, Gulliver becomes shipwrecked and ends up on the island of Liliput, where he is twelve taller than the tallest man. For the first time, Gulliver has people looking up to him…