No968 My Analyze This minimal movie poster 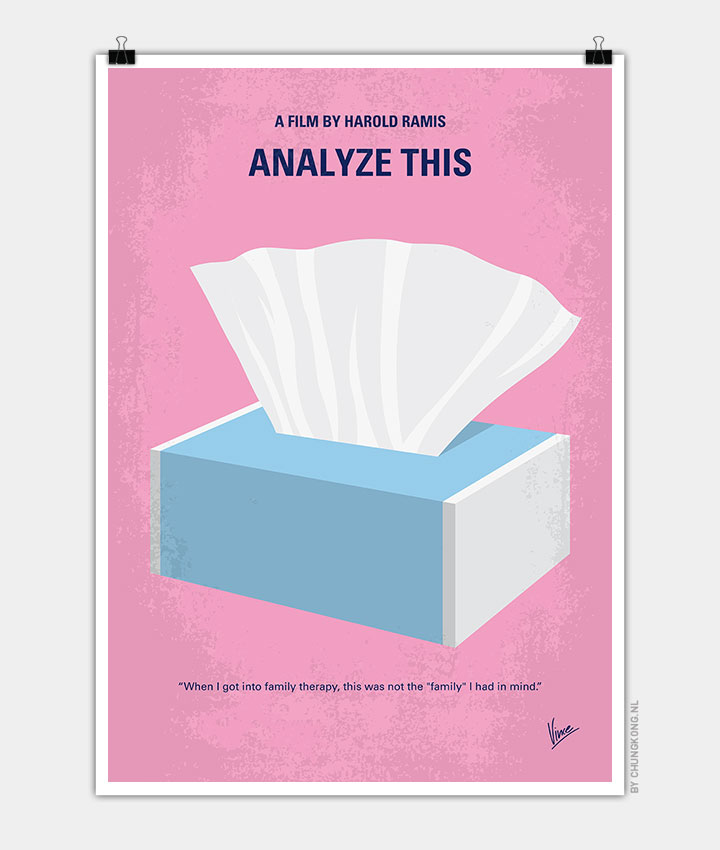 A comedy about a psychiatrist whose number one patient is an insecure mob boss.

Storyline
Ben Sobol, Psychiatrist, has a few problems: His son spies on his patients when they open up their heart, his parents don’t want to attend his upcoming wedding and his patients’ problems don’t challenge him at all. Paul Vitti, Godfather, has a few problems as well: Sudden anxiety attacks in public, a certain disability to kill people and his best part ceasing service when needed.

One day, Ben unfortunately crashes into one of Vitti’s cars. The exchange of Ben’s business card is followed by a business visit of Don Paul Vitti himself, who wants to be free of inner conflict within two weeks, before all the Mafia Dons meet. Now, Ben Sobol feels somewhat challenged, as his wedding is soon, his only patient keeps him busy by regarding Ben’s duty as a 24 hour standby and the feds keep forcing him to spy on Paul Vitti. And how do you treat a patient who usually solves problems with a gun?