No972 My The Imitation Game minimal movie poster 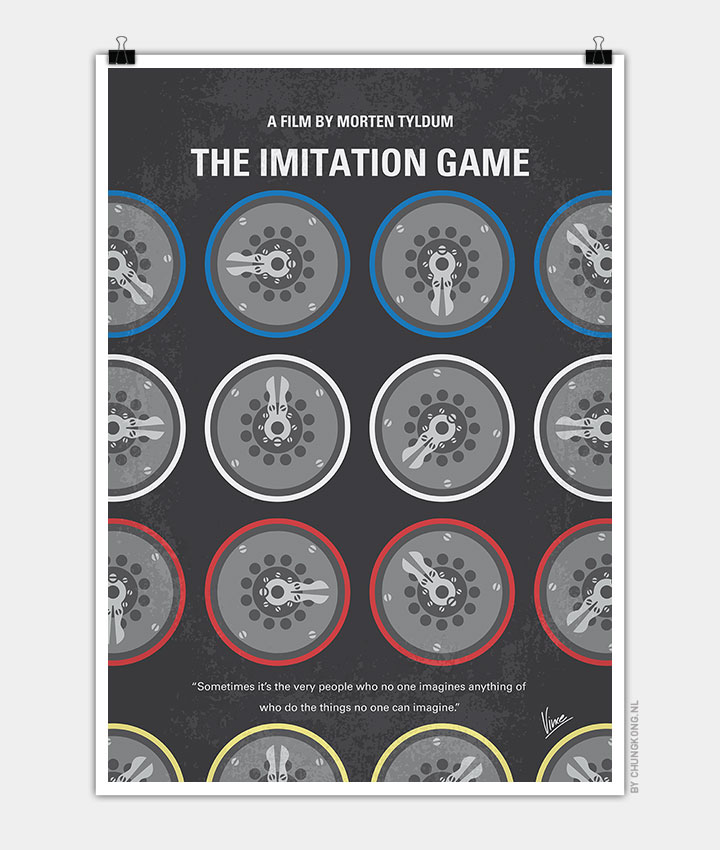 Storyline
In 1939, newly created British intelligence agency MI6 recruits Cambridge mathematics alumnus Alan Turing to crack Nazi codes, including Enigma — which cryptanalysts had thought unbreakable. Turing’s team, including Joan Clarke, analyze Enigma messages while he builds a machine to decipher them. Turing and team finally succeed and become heroes, but in 1952, the quiet genius encounters disgrace when authorities reveal he is gay and send him to prison.