No975 My The NeverEnding Story minimal movie poster 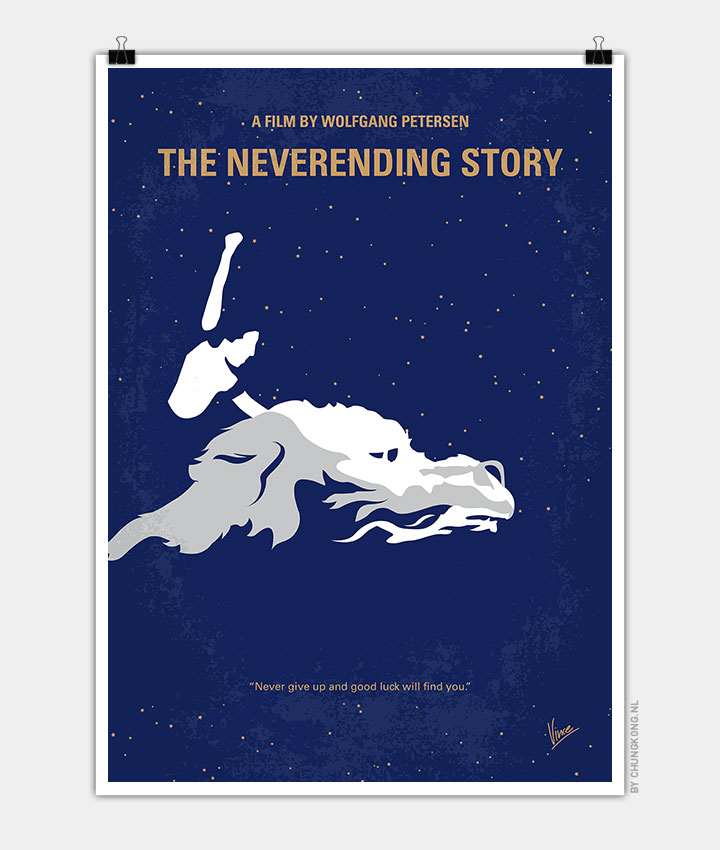 A troubled boy dives into a wondrous fantasy world through the pages of a mysterious book.

Storyline
The boy Bastian misses his mother, who has died, and is bullied at school by three bullies. One day, he is running away from the three boys and hides in a bookstore, where the owner shows him a book that he has never read called “The Neverending Story”. Bastian does not resist and shoplifts the book, leaving a note telling that he will return the book after he reads it. He goes to the school attic and anxiously reads the book that tells the story of the magic kingdom of Fantasia that is doomed to destruction, unless the boy Atreyu can save it. But he needs the help of an Earthling boy to avoid that The Nothing destroys his world.