No980 My The Last Samurai minimal movie poster 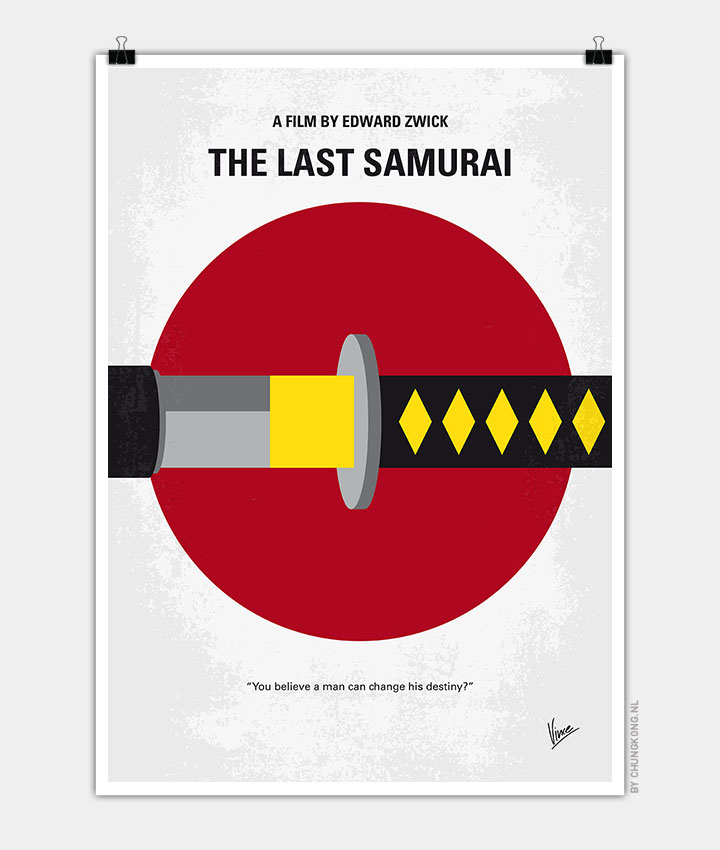 An American military advisor embraces the Samurai culture he was hired to destroy after he is captured in battle.

Storyline
In the 1870s, Captain Nathan Algren, a cynical veteran of the American Civil war who will work for anyone, is hired by Americans who want lucrative contracts with the Emperor of Japan to train the peasant conscripts for the first standing imperial army in modern warfare using firearms.

The imperial Omura cabinet’s first priority is to repress a rebellion of traditionalist Samurai -hereditary warriors- who remain devoted to the sacred dynasty but reject the Westernizing policy and even refuse firearms. Yet when his ill-prepared superior force sets out too soon, their panic allows the sword-wielding samurai to crush them. Badly wounded Algren’s courageous stand makes the samurai leader Katsumoto spare his life; once nursed to health he learns to know and respect the old Japanese way, and participates as advisor in Katsumoto’s failed attempt to save the Bushido tradition, but Omura gets repressive laws enacted- he must now choose to honor his loyalty to one of the embittered sides when the conflict returns to the battlefield.