No981 My Serendipity minimal movie poster 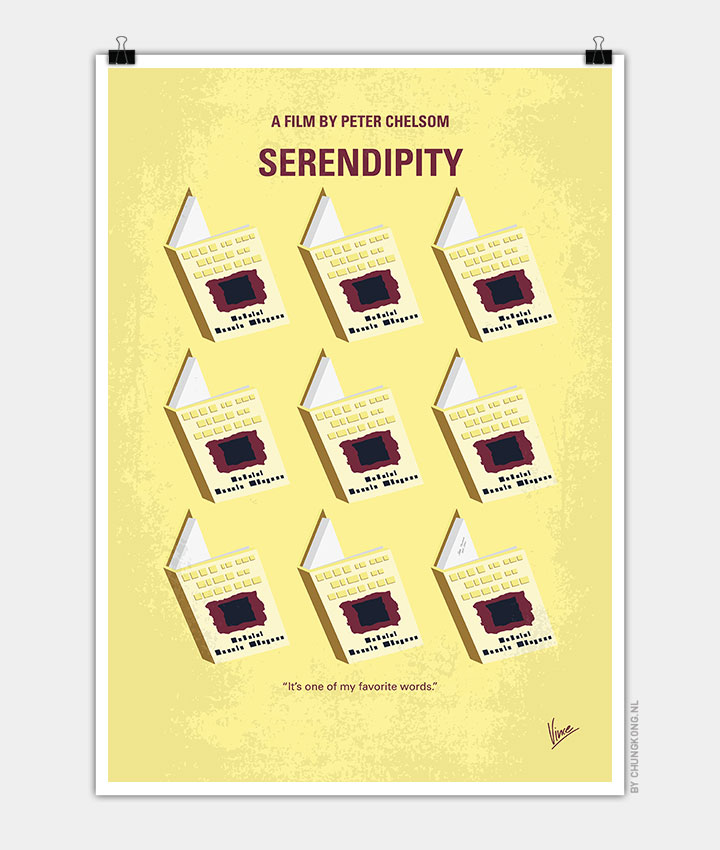 A couple search for each other years after the night they first met, fell in love, and separated, convinced that one day they’d end up together.

Storyline
Jonathan Trager and Sara Thomas met while shopping for gloves in New York. Though buying for their respective lovers, the magic was right and a night of Christmas shopping turned into romance. Jon wanted to explore things further but Sara wasn’t sure their love was meant to be. They decided to test fate by splitting up and seeing if destiny brought them back together… Many years later, having lost each other that night, both are engaged to be married. Still, neither can shake the need to give fate one last chance to reunite them.

Jon enlists the help of his best man to track down the girl he can’t forget starting at the store where they met. Sara asks her new age musician fiance for a break before the wedding and, with her best friend in tow, flies from California to New York hoping destiny will bring her soulmate back. Near-misses and classic Shakespearean confusion bring the two close to meeting a number of times but fate will have the final word on whether it was meant to be.