No982 My The French Connection minimal movie poster 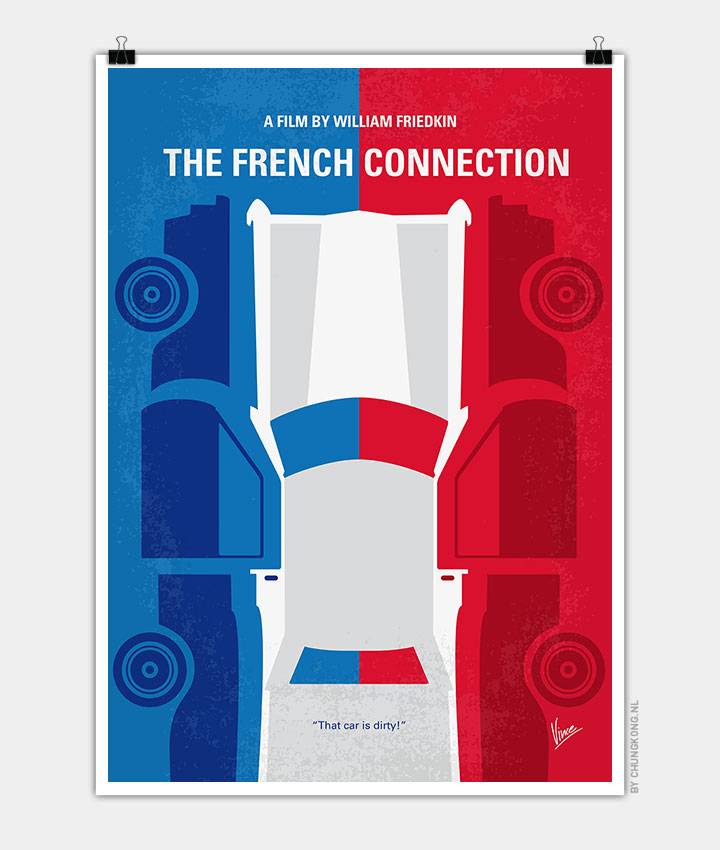 A pair of NYC cops in the Narcotics Bureau stumble onto a drug smuggling job with a French connection.

Storyline
Jimmy “Popeye” Doyle and Buddy Russo are Brooklyn-based NYPD narcotics detectives who often work undercover. They make a lot of arrests, but they are all of small time users, busting who which makes no dent in the NYC drug trade. While the two are out for drinks one night at a club, Popeye sees a table of people which to him doesn’t seem right, the people who include an unknown “big spender” out of his league next to known organized drug criminals. Just for fun, they decide to tail the big spender and his girl. Beyond the couple’s obvious suspicious activity, they find out that they are Sal and Angie Boca, small time crooks who own and operate a Brooklyn newsstand/luncheonette. Based on other evidence including information from one of their snitches of rumors of a major drug shipment entering New York, Popeye and Buddy get the official albeit reluctant OK from their superior to surveil Sal to find if he leads them to the incoming drug shipment, that surveillance including authorization for wiretaps. That surveillance does show that Sal is connected and that the probable persons selling the drugs are two Frenchmen having recently arrived in the city. It then becomes a game of cat and mouse as Sal and the two Frenchmen, Alain Charnier and his muscle Pierre Nicoli, are aware that they are being tailed, the two Frenchmen in particular who are willing to go to any lengths to protect their investment, estimated street worth of approximately $32 million. Popeye, Buddy and their third, Mulderig, who has an antagonistic relationship with Popeye due to Mulderig’s belief that Popeye’s police work led to the death of a colleague, have to learn when the lead is not the three men but the locale of the drugs themselves.