No986 My Unbreakable minimal movie poster 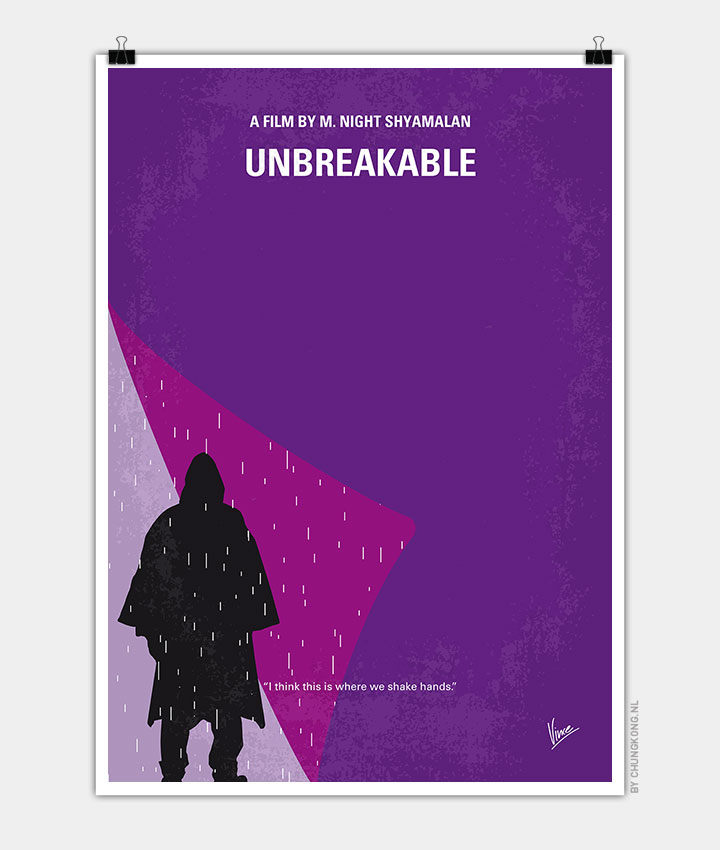 A man learns something extraordinary about himself after a devastating accident.

Storyline
Security Guard David Dunn miraculously survives a catastrophic train crash outside Philadelphia. Not only is he the sole survivor out of 132 passengers, he also is completely unharmed. A little later, comic book specialist Elijah Price contacts him to confront David with an incredible theory: Elijah, who has been nicknamed “Mr. Glass” due to his more than fragile bones, thinks that David has got all which he himself lacks. The two of them “seem to be linked by a curve, but sitting on opposite ends”. First, David does not believe the strange man, but every single thing he had said proves to be true: David has never ever been hurt or sick in his life, his physical strength is larger than normal and he has a skill which others don’t. Slowly, David begins to discover the shocking truth behind Mr. Price’s assumptions. But after all, David’s fate is not only to find his real place in the world. It also is about proving Elijah’s theory of his own existence.