No991 My THE FLY minimal movie poster 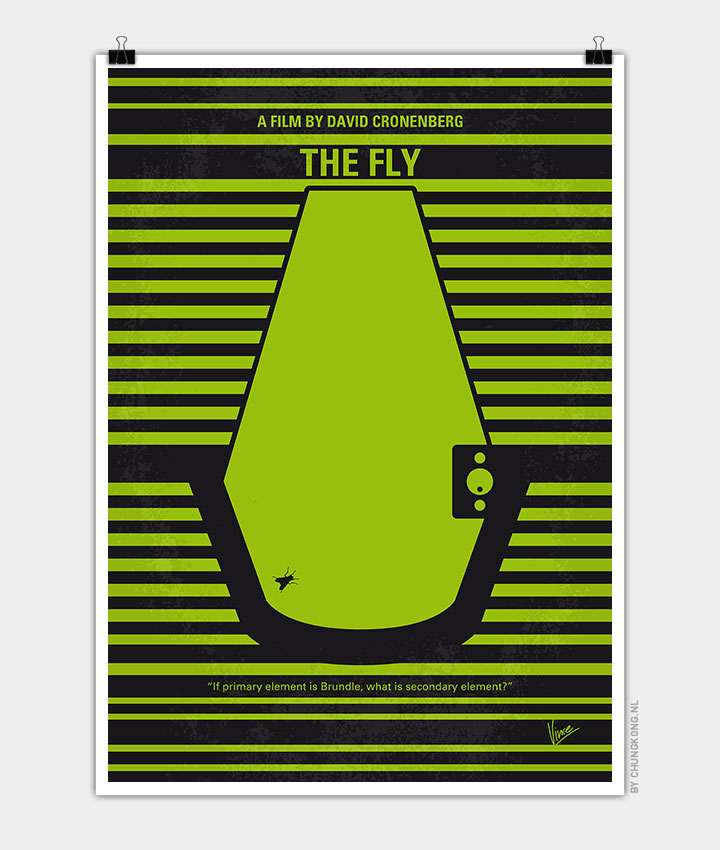 A brilliant but eccentric scientist begins to transform into a giant man/fly hybrid after one of his experiments goes horribly wrong.

Storyline
Seth Brundle (Jeff Goldblum)is a research scientist, employed by Bartok Sciences, who has invented “Telepods” two matter transmission pods that teleports any object through space from one “Telepod” to the other “Telepod”. But, it is until Seth meets journalist Veronica Quaife who inspires Seth to correct the system, that Seth achieves successful teleportation. But something goes horribly wrong, when Seth uses himself as a guinea-pig in a matter transmission experiment, as he teleports himself, unaware his genes have been fused with a house fly that was trapped in the telepod with him. Seth, now finds himself slowly transforming into a terrifying mutant creature known as “Brundlefly” as he finds himself in a fierce battle as his mutated genes begins to take over.