No992 My DOGMA minimal movie poster 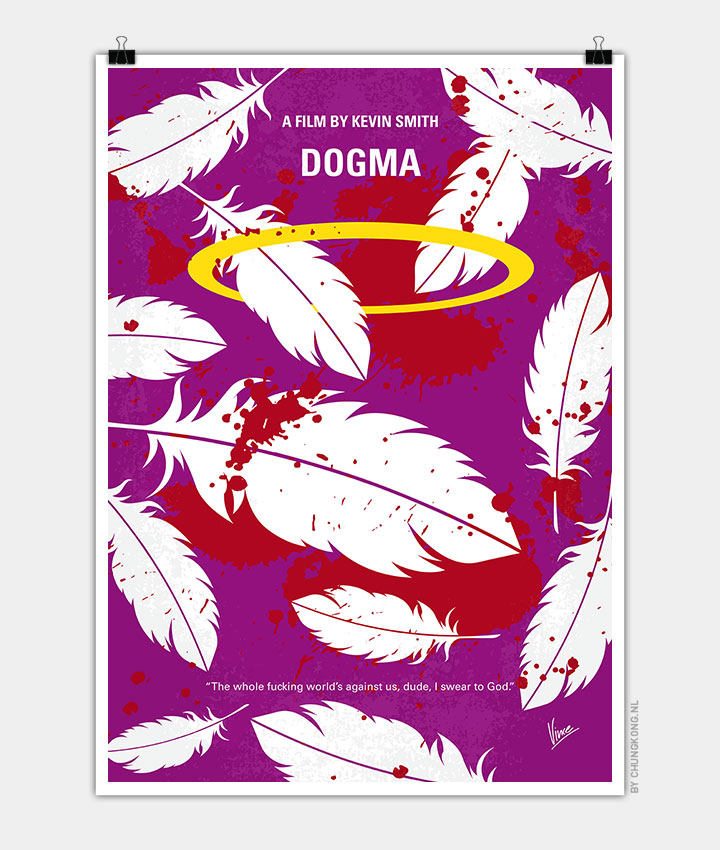 An abortion clinic worker with a special heritage is called upon to save the existence of humanity from being negated by two renegade angels trying to exploit a loop-hole and reenter Heaven.

Storyline
An abortion clinic worker with a special heritage, two unlikely prophets and Rufus, an unknown 13th Apostle are called upon by Metatron, the voice of God and God’s Personnal Assistant, to stop two angels, that were cast out of heaven, from knowingly erasing all of God’s work by restoring their souls by entering a church celebrating it jubilee (meaning= a church that has been open for a hundred years or more). Forgivness of ones soul by passing through an Archway of a Church that is celebrating its Jubilee is a part of the Catholic Dogma. The Angels could be forgiven their transgression (wipe the slate clean). This would prove God wrong(fallible vs. infallible). To prove God wrong, would negate existence.