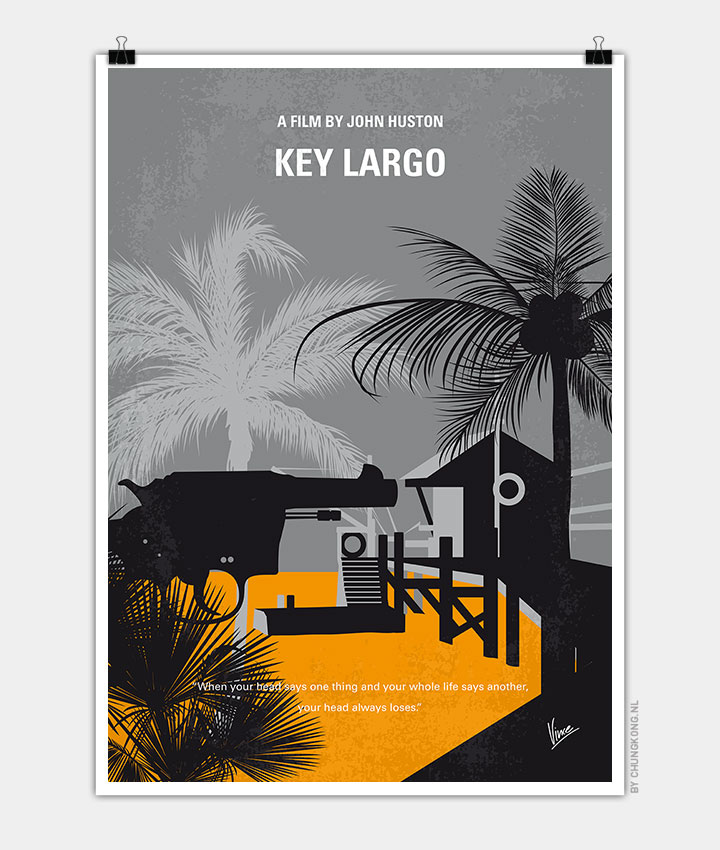 A man visits his old friend’s hotel and finds a gangster running things. As a hurricane approaches, the two end up confronting each other.

Storyline
A few years after the end of World War II, Frank McCloud travels to the Florida Keys to visit the family of one of the men he commanded. The dead soldier’s father, James Temple, runs a hotel in Key Largo with the help of his now widowed daughter-in-law Nora. He arrives in the heat of summer to find the hotel closed for the season but occupied by a group of shady characters.

McCloud and the Temples take an instant liking to each other. The hotel has been rented for a week by none other than mobster Johnny Rocco who was deported from the US some 8 years before but has returned via Cuba to complete a business transaction with his old partners in crime. As a hurricane descends on Key Largo, tempers flare leading McCloud to protect the Temples from the threat that Rocco and his hoods pose.