The keep calm and carry on – Star Wars 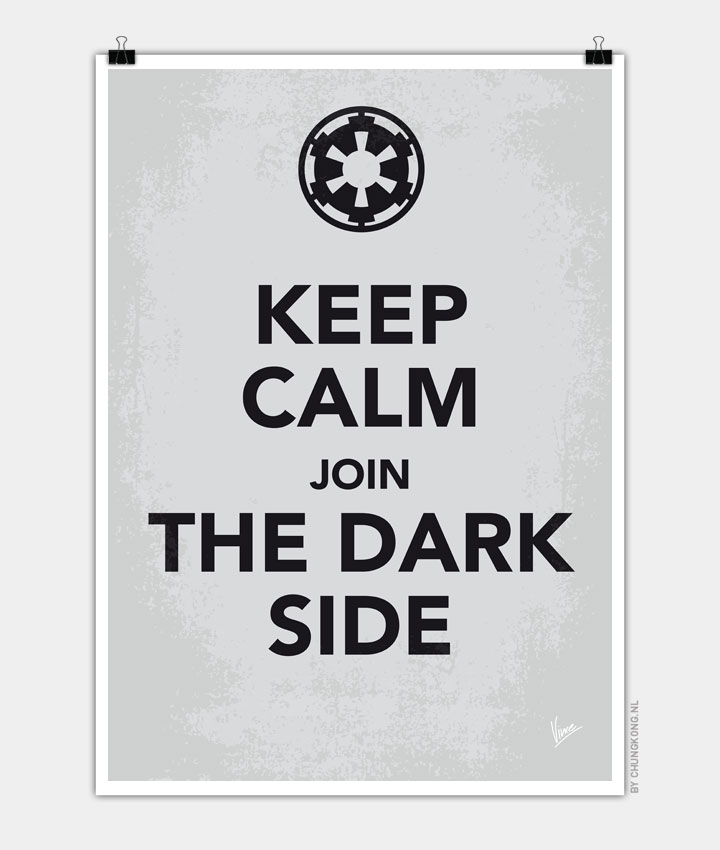 The keep calm and carry on poster meets Star Wars.
The Galactic Empire version as well as the Rebel Alliance.

When you think of the intergalactic civil war in Star Wars one thing that most people rarely stop to consider is the public safety aspect of the conflict. This is lengthy, protracted war, we’re taking about, one with multiple active battlefronts at any given time, and a number of theaters of combat. A variety of tactical elements need to be taken into consideration. You have to be prepared for a ground assault, as well as airborne combat. There are the thick forests of Endor, the frozen wastes of Hoth, the scorched deserts of Tatooine, and many, many more environments.

Taken all this together it means that you need inform the people on both sides. It stands to reason that in the Star Wars universe there is a constant propaganda battle going on behind-the-scenes. Artist Chungkong has created a these two of the retro propaganda keep calm posters designed for public safety.

—
About the “Keep Calm and Carry On” catchphrase.
Originally appeared on a World War II-era British public safety poster. After one of the original posters was recovered and placed in a British bookshop in 2000, the inspirational message was shared online, sparking a series of image macros centered around the phrasal template “Keep Calm and X.”

About Star Wars
Star Wars is an American epic space opera franchise that consists of a film series created by George Lucas. The franchise portrays a universe which is in a galaxy that is described as far, far away. It commonly portrays Jedi as a representation of good, in conflict with the Sith, their evil counterpart. Their weapon of choice, the lightsaber, is commonly recognized in popular culture. The fictional universe also contains many themes, especially influences of philosophy and religion.